I recall Dr. Chinn mentioning in our December meeting/bible study that miracles, signs and wonders will follow them that believed. And guess what, it absolutely did. On the same day we left from our meeting/bible study. I received a phone call that my uncle/god father was in the hospital and his condition had gotten progressively worse. He was given three hours to live by the physician and was admitted into ICU. My family is away in Alabama so my Dad continued to keep me updated on his status. Due to the condition I told my Dad I would pray, however I was cooking a meal for my family at that time. After cooking, I went to sleep and My Dad said that our family was calling him to hurry to get to the hospital because it didn’t look so good. He immediately contacted me and I began praying and crying out to God. After praying I began to sit quietly to hear a response from God and He said “I am going to heal him, but he needs to return back to me”. I was hesitant initially to call my dad after hearing from God, because I wanted to be absolutely sure. I then called my dad and told him what God said and he began to inform our family. (They were shocked as they weren’t expecting this). As a result, within a week my uncle was released from ICU to another floor because of his swift recovery and then was release from the hospital. He is doing really good. Praise God!!!

After being part of the prayer circle upstairs, I was led to have Sister Gail to pray for me. She asked my what I needed prayer for, and out of my spirit I said, "I don't want to be so mean." This is something I would never admit to anyone. But, God! After she prayed, Sister Gail gave me instructions to make a list of the people who had hurt me, and the people I had hurt. She said hurt people, hurt people. I thought she was talking about me, but God revealed someone hurt had hurt me. I made the list and one person stood out to me. He was the older brother of a childhood friend that use to tease and call me names. Little black monkey. I heard this hurtful phrase for years. It made me angry. It burned a whole in my soul. It changed who I was going to become. It changed how I would walk through life. It changed me. Hurt people, hurt people. God allowed me to see that Kenneth himself was hurt. He had scoliosis and was reminded every time he stood in the mirror. To me he was the most confident person in the world, but that was the mask that he wore. He heard the laughs, the names he was called, and the put down from guys his equal. God allowed me to see, Kenneth was a hurt person and he hurt others. I was just one of the people that was hurt by him. The last person he hurt took his life. The revelation I received lead me to forgive and feel compassion towards him. I also sincerely prayed for the people I hurt. They did not deserve that. I also forgave myself. I am no longer hurt, I am healed, set free, and delivered. Thank you for your obedience to God's instructions for the session. God truly had His Way.

I had no idea what the topic of the Bible study would be for the day. All I knew was that I needed to be there. I have missed a lot lately because of physical pain that I am experiencing this year. As I walked through the door and sat down I begin to pray for myself. Praying for myself is something I struggle doing on a regular basis. But as I sat on the pew the Holy Spirit led me to lay hands on my knees and back and to begin to confess Christ's healing in my body. I was also instructed to not just to confess my healing but to believe God for it. As I lay hands on my back and knees I felt the peace of God overcoming me, and a tingling sensation in my joints. I did not know that the topic of the study for the day would be God's miraculous healing. I believe that God was speaking to me about my total healing. I proceeded for the remainder of the day with taking no pain meds. Thank you so much Dr. Linda Chinn for hearing from God concerning me and others.

I want to share my testimony of when I was introduced to the CWITN bible study that I was truly going through a rough time in my marriage. My husband was not attending church anymore and a spirit of opposition and defiance had set up shop in our home. The first day I came to the class Dr. Chinn taught and shared how God is in control and no matter how much you worry and such you are not going to change what only God can, so go to bed and get some sleep. This was life changing for me. It was said so simply. I began to take a different approach to my whole situation. I looked more to God for what I was praying for instead of praying and then trying to affect change. I am grateful for Dr. Chinn's genuine spirit and the sincerity of her heart you feel in bible class. I look forward to her straight forward and honest teaching of the Word and how to apply it to your life. And I don't leave class without getting one of her love filled hugs. She has truly been a blessing to my life and I thank her and all the staff of CWITN.

When I first started coming to CWITN's bible study, Dr. Chinn was teaching on spiritual warfare. At that time, only our Father, God, knew that it was equipping me for the most trying battle that I have ever faced. About a year into the study, my adult son experienced trauma in his personal life that lead to an excruciating bout with depression, anxiety, and suicidal thoughts (and even attempts). When his mental illness began to manifest, I did not take time (well, maybe 30 seconds or so) to cry, ask why, or worry in despair. What I did do was enter the fight. I walked in the authority of Jesus Christ and in the confidence that I had gained because of the weeks of instruction I had received through Dr. Chinn. I warred in prayer, and when I ran out of words, I warred in worship. I spoke directly to Satan and every demon that he had assigned to destroy my son's life as I stood firm in the word of God. And I invited other prayer warriors to fight with me. I pleaded the Blood over his mind and his emotions and I spoke life to him every time I spoke to him. Due to Dr. Chinn's teaching, I was able to recognize the enemy, identify his devices, take authority over him. I didn't fight from a place of fear, trepidation, or doubt; I fought from a position of victory. Losing this war was not an option. Losing my son was not an option. The monthly bible studies were refueling, recharging, and reassuring me of my position and imminent victory. Words cannot express how very grateful I am that God saw fit to place Dr. Linda Chinn in my life. I don't know how I could've made it through that season without her teaching, her constant prayers, and her love! My son is better now and that battle has been won. I continue to employ what I learned about spiritual warfare to cover him, as we know that even during times that look like peace, the enemy is still planning, still scheming, and still strategizing for his next attack. And, because I learned one of the most impactful lessons from one of the body of Christ's most impactful teachers, I am equipped for victory.

Before coming to Christian Women in Training, I did not know how to properly dissect scriptures or passages from the Bible. After I started attending Bible Study and classes with CWITN, I was able to gain a more in-depth understanding of what it meant to study, to pull back the layers and really extrapolate the word. Dr. Chinn's classes have provided me the wisdom necessary to move forward on my spiritual walk with God through properly studying the word. It truly has been a blessing to my life.

"God covers us on our jobs and even when people are saying false, negative things about us that could get us fired. I was going through a situation where someone was spreading false, negative rumors about me. Shortly after the rumors started, the VP of my department told me that I would be getting a raise and that I didn't have to share that information with anyone,

"I am blessed beyond measure every time I attend a CWiTN Bible Study and/or event. The Word of God is rightly divided and taught in a manner that provokes positive change and causes you to have a closer, more intimate relationship with Jesus! The women are loving, passionate, sincere,and transparent about their walk with God. It is a true sisterhood! I'm grateful to God to be a part of such a dynamic ministry!"

"I am so very blessed each time I am able to participate in a Christian Women in Training event. Dr. Chinn's wisdom and leadership has blessed my life in more ways than I can count!"

"Thank you, thank you, thank you for creating CWITN. I have already thanked my sister for teaching, but, I would be remiss if I didn't thank the administrative team for making this possible. I am immensely full - so much so that my tears are flowing like a river. Though convicted, I am recharged and blessed. This training institute is from "Glory to Glory." Each month I leave training saying, "This was the best training ever". As I lay here worshiping, being washed and totally affected by this teaching, I will never be the same. Have a peaceful day!" 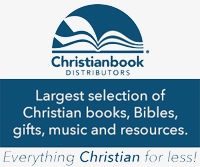 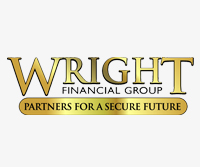 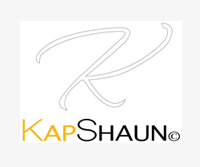 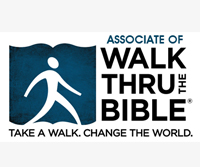 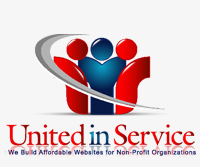 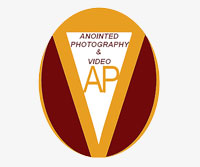